THE COLOR OF LAW 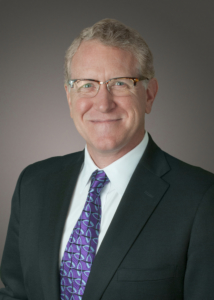 Since 2015, Bob Simmons has been executive director of Council for Children’s Rights. The Council provides legal representation and advocacy in Mecklenburg County for individual children in cases involving special education, child welfare, high-conflict contested custody, mental health, and juvenile delinquency, as well as research and policy advocacy on related issues.

Before joining the Council, Bob practiced commercial real estate law for 32 years, volunteering with the Council as a pro bono lawyer and board member since 1987. For that work, Bob received the Mecklenburg County Bar Pro Bono Award in 1993 and 2010, and a John B. McMillan Distinguished Service Award from the North Carolina State Bar in 2010.

Bob was also involved in many other types of community service, including as an appointed member of the Charlotte-Mecklenburg Board of Education and a founding member and chair of the Mecklenburg County Bar’s Partnership with Schools Committee. He is also a founder, former board president, and former pro bono general counsel of Children and Family Services Center.

Currently, Bob represents the Council in a number of roles, such as on the executive team of the Mecklenburg County Child Fatality Prevention and Protection Team, the Leadership Team of Race Matters for Juvenile Justice, and the North Carolina Social Services Commission as vice-chair after appointment to a four-year term by the governor in May 2017.