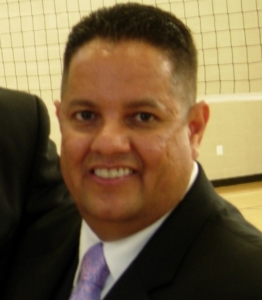 INNOVATION AND TRENDS IN THE WORKFORCE

Julio Rodriguez is currently the Deputy Director of the Office of Employment and Training within the Illinois Department of Commerce and Economic Opportunity. Julio is responsible for oversight and administration of the state’s $130 million federally-funded workforce programs. He has been working in the field of human services for more than 25 years at the senior management level.

Prior to his current position, Julio was Director of the Office of Program Delivery and Training for the Division of Human Capital Development within the Illinois Department of Human Services and was on the leadership team involved in the original planning, reorganization and creation of the department when it was established in 1997. Between 1994 through 1996, he had worked in the Governor Edgar’s Office as part of the staff of the Taskforce on Human Services Reform.

Prior to coming to the state government, Julio worked for the Chicago Department of Public Health as a Deputy Commissioner overseeing federal projects addressing issues related to public health, community development and economic development. In 1991, he worked for Macro International, a private consulting firm, that provided technical assistance to federally-funded community development projects throughout the U.S. and its territories before returning to Chicago in 1994.

He is a native of Chicago and has a degree in business from DePaul University. In 2012, he was inducted into the International Who’s Who for Hispanic/Latino Leaders. He was the recipient of the Community Leadership Award for Philanthropy in 2003 from the Chicago Latinos in Philanthropy.