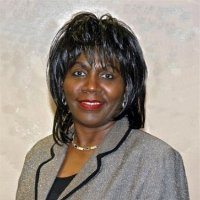 Barbara Harrison serves as Director of External Affairs, Strategic Partnerships and Programs at the Martin Luther King, Jr. Center for Nonviolent Social Change, also known simply as The King Center. Her responsibilities include enhancing external relations, developing corporate relationships and strategic program initiatives for The King Center. Barbara’s leadership and support has been instrumental in furthering the facilitation of educating people across the nation and worldwide about Dr. King’s philosophy of nonviolence and reconciliation. She works with the organization’s internal and external year-round programs and events to support the philosophy and legacy of Dr. King. Barbara has a proven track record of working collaboratively with corporations, community leaders, dignitaries, international delegations, elected officials, and educators to foster alliances among diverse groups to expand The King Center’s support and resources.

Her work includes networking to create and advance new coalitions that strengthen outreach programs targeted to youth, community supporters and potential national donors. These efforts have resulted in increased support and have enhanced the reputation of The King Center programs. Under her guidance and management of programs, The King Center continues to position itself as a leading resource of nonviolence education. The capacity to reach individuals and communities who previously had limited or no relationship with The King Center or Dr. King’s philosophy has also improved. During her tenure of 30 plus years, she’s served as a facilitator and trainer for The King Center’s Summer Institute on Nonviolence and later became a certified Kingian Nonviolence trainer with the program.

Starting as an administrative assistant in 1985, Barbara later became an executive assistant, followed by manager of external affairs and programs, to her current position. Her past positions included working in the offices of The King Center’s Founder, the President and CEO, and the Vice Chair Treasurer, to help plan and implement development initiatives, annual and planned giving campaigns, and education and training programs.

When she served in the capacity of the King Holiday Observance Coordinator, Barbara was responsible for oversight of all programs, activities, events, volunteers and partnership relations for The Center’s King Holiday. She’s worked with the board and executive staff to cultivated relationships with Fortune 500 companies and currently collaborates with The King Center leadership team to enhance and expand The Center’s fundraising and partnership efforts.

Barbara’s early working years included working in the retail industry. Prior to coming to Atlanta, her retail experience involved managing stores, in South Carolina, North Carolina and metropolitan Washington, DC. The move to Atlanta offered Barbara new opportunities and altered her career path which led to working in the nonprofit sector.

Past community leadership roles included serving as a board member of Synergistic Youth Enterprises Inc., and the Butler Street Hungry Club Forum. She’s currently a member of the Atlanta Business League and in 2016, Barbara was appointed to the Martin Luther King, Jr. Advisory Council. She is a native of Spartanburg, South Carolina, and graduate of Tuskegee University.